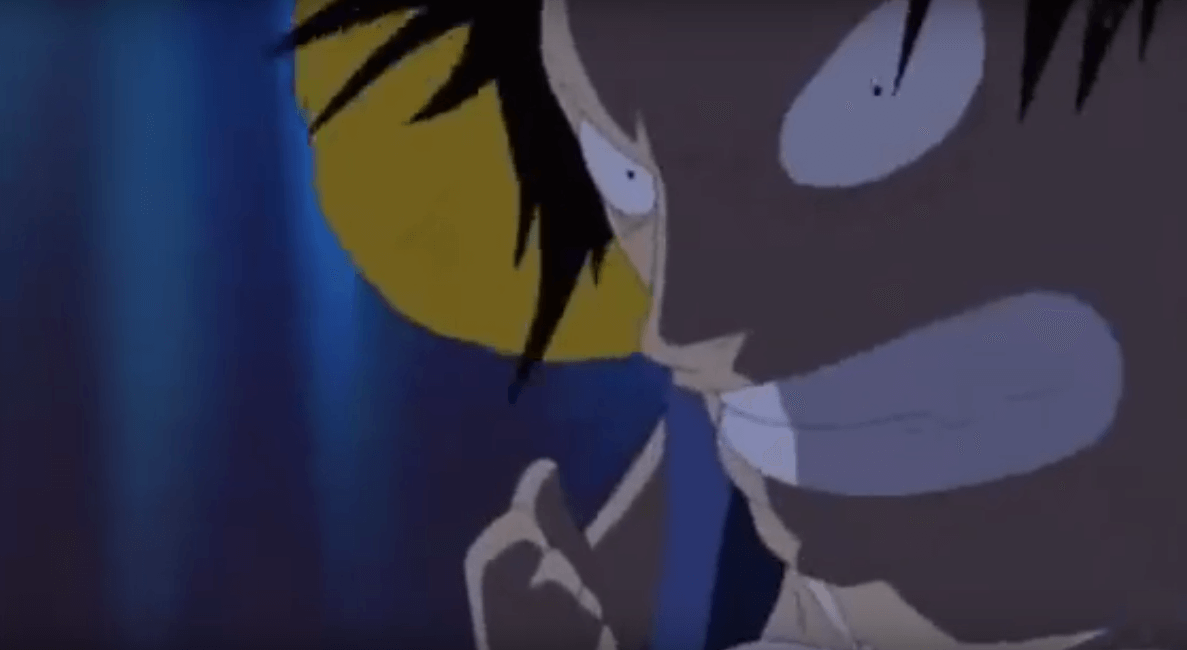 Long time no see everybody. Here I give you today the top 10 One Piece epic moments, so that we can get fired up about our favorite anime once again! The reason is that One Piece Theories is making a comeback and what better idea than to recap?

Do you remember this one? The two guys are getting ready to execute Ace back in Marineford. All the big names are there watching as the Second Commander of the Whitebeards and son of the abominable Gol D Roger is gonna be executed. However, Luffy has other plans. He shouts and uses his Conqueror’s Haki to make the lesser names, as well as the executioners faint in an instant. The big guys stare in awe as they understand the frightening potential that Monkey D Luffy possessess.

Number 9: Never attack him from behind

This one will take us all wayyy back. Zoro meets his idol Mihawk for the very first time. The top swordsman in the world of One Piece hands Zoro his ass on a silver platter using his small apple knife :P. However, the fight is full of epicness, as Zoro demonstrates his sheer will to never quit on his dream of surpassing Mihawk and becoming the greatest swordsman who ever lived, even if that means death. Important tip: Never attack a swordsman from behind!

Another one from the early days of One Piece. Nami, after much denial, comes to senses with how she feels and starts to stab the tattoo she got from Arlong. Luffy steps in, stops her and gives her his straw hat. Things are about to get messy and Arlong is not gonna have it easy!

Let’s go to the other girl of the straw hats, our beloved Robin. In the Ennies Lobby arc her past came back to haunt her(that happens a lot in One Piece right? :P). After her trying to save the crew from CP9 and the World Government, she eventually succumbes to the crew’s plea. She decides to go to the sea with them and they in turn burn the World Government’s flag to seal the deal :P. This scene is actually the cover photo of the One Piece Theories facebook page. But you should already know that since you gave it a like. Or not? Go there right now! Back to the post :P!

We wrote a whole article about this one so be sure to check it out( but you have read it already I know :P). He survives through hell and high water. The whole war is reaching its climax when Ace finally is set free and fighting alongside his brother. What a time to kill the main character of the arc! Damn you Sakazuki! We also love the scene with Sengoku stopping Garp from killing Akainu. We have established already the beast that Garp is(one of our most popular theories in fact, which surprised me). What would have happened if he’d let him? I still wonder.

Zoro wins another spot in the top 10 with one of my personal favorite scenes in One Piece. After understanding that he couldn’t possibly beat Bartholomew Kuma in the state he currently was, he decided to bow his head in front of him for the sake of Luffy and the others. However, he doesn’t stop there. He goes on to accept all of Luffy’s pain, in one of the most epic moments at least for me. Standing covered in blood, after Sanji wakes up and asks him what happened he just says: Absolutely.. nothing! That’s the badass Zoro has shown himself to be numerous times.

Number 4: The birth of Sogeking

This one is quite emotional. After having to deal with the sad news that the Going Merry is dying, the battle of Luffy vs Usopp comes to put the icing on the cake. The fact that the coward till then Usopp decides to challenge Luffy and even put up a good fight against him gave birth to Sogeking and changed the way we saw Usopp till then. We also have to mention the pep talk Zoro gave to Luffy as a vice captain, asking him to stand behind his beliefs and not falter against Usopp, so that he could be the leader they wanted him to be.

The Marineford war was a masterpiece of One Piece for so many reasons. We even got to see a Yonkou die and old man Whitebeard also confirmed the existence of One Piece. The moment that tops off all this epicness is his death though. He died standing and his body wouldn’t fall even when he was long gone. He received namely 267 sword wounds, 152 gun wounds and 46 canon shots. However, his back during the fight of Marineford, but also in his whole life was never even scathed while he was running away!

Many anime make the sin of having the main character win an impossible battle through sheer willpower. Not One Piece. In the Sabaody Archipelago arc especially we are reminded of the fact that many older and more powerful characters exist. Kuma makes all the Straw Hats disappear and Luffy cries immersed in his own powerlessness.

The moment we all wanted to punch with Luffy and enjoyed more than anything. Another scene from the Sabaody Archipelago arc that made the top of the list. Luffy goes up to the Celestial Dragon, the guy that we all wanted to kill right then and there. The guy that no one dared to oppose due to the silly ideas of blood and lineage. And yes, he gives him a hard, direct punch! Good times!

Well, that was our list of the top 10 one piece epic moments. Be sure to tell me what you think in the comment section below. Also, don’t forget to like our facebook page and subscribe to our free newsletter(form in the sidebar to the right) in order to never miss a theory! For a similar post, be sure to check out our latest compilation of the top mysteries in One Piece. Cheers!