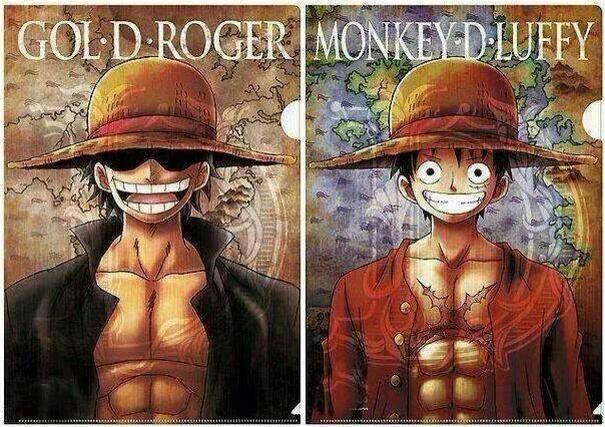 Today we are gonna talk about Gol D Roger, or else known as Gold Roger. He is the person who started the whole Pirate Era, during his execution at Loguetown. A legendary man, the captain of the Roger Pirates and the father of Portgas D Ace. Who was he really? Many theories exist, such as that Gol D Roger is Luffy, and it was due time that we collected the best of them in a single post. 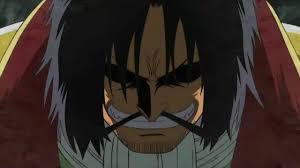 Did he turn himself in?

We all know the story. He was somehow caught(maybe by Garp?) and his execution was decided. When it happened in Loguetown, he announced that his treasure One Piece is located at Raftel, thus sparking a whole generation of Pirates searching for it, in essence starting the Pirate Era. But was he really caught? The strongest pirate the world had seen up to that day?

I believe there is a high possibility that he decided to turn himself in. His motivation being to start the Pirate Era that he started, and probably share what he knew about the Void Century, the Ancient Kingdom, the true 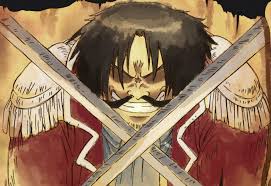 nature of the World Government and generally the true history of the One Piece world. But what else could have motivated him to make this decision?

There could have been two possible explanations for what he did. Firstly, we know that he was already sick. What this means, is that he may have decided to end it, before he reached his low point. That way he could
control what would happen and leave the life with a bang, which he did.

Another possible idea is that he had basically done everything. What this essentially means is that he had accomplished all he could, and had
everything he could ever imagine. Consequently,he became a bit bored, vacant. So, he decided to make this world interesting, by becoming the inspiration of the Pirate Era. After all, all those young people would have never become pirates, if it wasn’t for him. They wouldn’t have the motivation and some goal/dream to look forward to and change their lives. Which brings us to the next point.

While scouring the web for theories and ideas, a certain individual called Carl Rogers caught my eye. Carl Rogers was a psychologist, who developed a self actualisation theory. What the theory states in a nutshell, is that for a person to grow, some certain factors must exist in their environment. He also believed that anyone could achieve their goals in life, and when they do so, self-actualisation occurs.

What if Gol D Roger is the Carl Rogers of One Piece? The man who wants to motivate the youngsters, in order for them to have a purpose. The man who gave them the reason to try and reach their true potential, to reach true self-actualisation. That reason could be the strive to reach One Piece and become the Pirate King. They all have to become stronger and make themselves better, in order to be worthy of the title of the King of the Pirates. 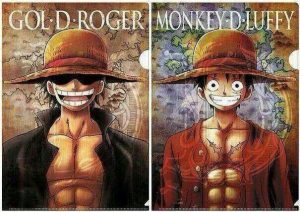 The Luffy is Roger theory

One of the most crazy theories that exist, albeit an interesting one, is that Roger is actually the future self of Luffy. The reasons for this are manifold. First of all, their similar appearance, as well as their similar personality, the second having been stated many times in the series. Another one is what Roger said to the “Dark King”, Silvers Rayleigh, before he died. “I will never die, partner”. While i do believe he meant it about his legacy and his inherited will, some people argue that it was stated literally.

I’m gonna be the Pirate King

The fact that Luffy is so sure about his conviction to become the Pirate King, could be a nice foreshadowin by Eichiro Oda, on what is about to happen. Luffy is so sure because it has already happened. He doesn’t know it consciously of course, but maybe his subconscious could have played a role here.

However, i do believe that Luffy is convicted due to his character. He is a man who will accomplish his dream of absolute freedom, or die trying. A man like him can only be sure about himself, even arrogant. He believes in himself and that is one of the main reasons that will push him to realise his dream.

Wouldn’t Roger have the Gomu Gomu no Mi?

This theory has many counter arguments(i personally find it an interesting one, but i don’t believe it wll be proven to be true). One of the main ones is the following. Should Luffy be Roger in the past, wouldn’t Roger have the Rubber Fruit? While this holds true, there is one theory that may explain it.

The theory says that Luffy would fight Blackbeard in the future and manage to defeat him. But the cost would be big. In order to defeat him, he would have to lose his devil fruit. It can go along with the fact that the 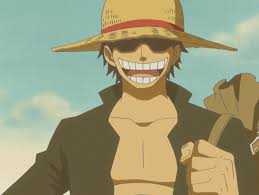 Blackbeards steal devil fruits, and the fact that Teach himself can apparently eat more than one. This would lead to his devil fruit getting forgotten, and us never knowing that Roger possessed the Gomu Gomu no Mi to start with.

We also know that Roger had some type of illness. Lets combine this with Luffy’s power. It has been shown that Gear Second pumps blood quicker all over his body. Not only that, Gear Third makes him stretch ubnormally. Gear Fourth is so taxing for his body, that he can’t use it for more than a set period of time. What if all this, along with all his big fights, cumulate and permanently damage his health? What if Roger’s disease is actually Luffy’s future disease?

Those were today’s theories, and I would really love your input about them. Do you believe that Gol D Roger is Luffy, or do you find it far fetched? Share in the comment section below.
Before leaving, don’t forget to: