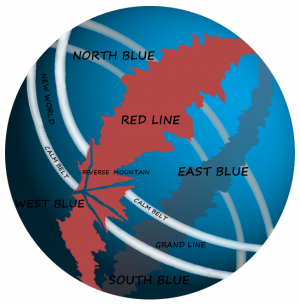 I think it’s only natural to start our journey of speculation regarding the end game, Raftel. Where could it be? Where is One Piece located? Why
none of the Emperors have reached it? What was special about Gol D Roger and his crew? Do the former members of his crew know something special? Let’s explore some interesting theories about Raftel my fellow Pirates :D, in this One Piece Raftel Theories post.

So what’s special about Raftel and why is it so difficult to reach it? There are two speculations about that, and we are going to explore both of them today.

The first specualtion is that harsh weather exists around it, making it impossible for a common pirate crew to reach it. Then numerous questions arise. Did Gol d Roger have a way(or someone in his crew for that matter) to manipulate the weather? That could’ve happened in two different ways.

Did the Pirate King manipulate the weather?

The first idea is that a devil fruit existed, that Roger or someone in his crew had, which helped them do exactly that(manipulate the weather conditions) and reach Raftel. A second interesting idea is that they possessed one of the great ancient weapons, probably Uranus, which also 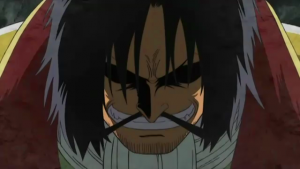 has the power to manipulate the weather. Another possible way is they used their really powerful haki in order to control the weather conditions.

Did the Pirate King crew have devil fruits?

We don’t really know if the crew had devil fruits, because they were excited when Buggy ate his for the first time. So, it’s a possible idea that Roger’s crew didn’t have devil fruits. We don’t know where the weather controlling devil fruit may be, nor do we know where Uranus is, so many speculations about them can be made. Could they be in the hands of Monkey D Dragon? Or is Uranus in the possession of the Gorosei and the World Government?

What are the Rio Poneglyphs?

What’s also interesting is the role of the Rio Poneglyphs. We currently know that some of them are in the hands of some of the Yonkous. More specifically we know Big Mom has one and Kaidou as well. Some of the Poneglyphs may lead to Raftel and One Piece should you follow them 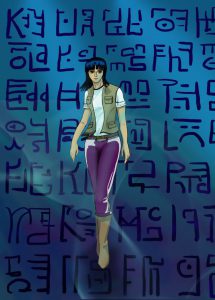 and can interprete their messages. That’s also where the archaeologist Nico Robin comes into the picture.

With that being said, i believe that to find all the Poneglyphs someone must reach Raftel. That way, the Pirate King(we cheer for Luffy now :P) will have the whole picture in front of him and will be able to decipher the Poneglyphs(with the help of a sexy brunette archaeologist :P) and learn about the Void Century and what really happened then.

The role of the former Gol D Roger pirates

Another possible way the story can unfold lies with the role of Gol D Roger’s former crew, and in particular Crocus, Rayleigh, Shanks and maybe even Buggy :P. Should they know the location of Raftel, they may have been waiting for the chosen D, in our case Luffy, to help him reach it. We saw Shanks giving him Roger’s hat, maybe “marking” him that way, and we also saw Crocus(Twin Capes) and Rayleigh(Sabaody Archipelago) waiting for Luffy in major points of his journey. Could Shanks lead him to the last island? Or maybe another member like Scopper Gaban? Maybe Shanks was looking for the proper D, explaining his encounter with Marshall D Teach before Luffy, which didn’t end well, with him getting scarred by Blackbeard.

Is Raftel All Blue?

Let’s end this with the theory that Raftel is somewhere inside the Red Line, and probably the place where all seas converge in one(making an x, which is the mark of a treasure ;)), reverse mountain. 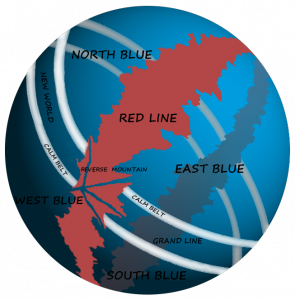 That way most drems of our beloved Straw Hats will be fullfilled in the same place. Laboon can be there(Brook’s dream), the seas will become one becoming the legendary sea All Blue(Sanji’s dream), Luffy’s dream of course which is finding One Piece and becoming the Pirate King and not only that. Franky sailing with his ship to the most difficult sea, Nami navigating it, Zoro defeating the greatest swordsman, Chopper finding some type of panacea there,Ussop being brave to be a member of the Pirate King’s crew, Robin reading the Rio Poneglyphs.

How will they enter Raftel?

How will they enter? They could either manipulate the weather if our theory about Gol D Roger doing the same thing is correct. They could also enter through the calm belt. Caml belt as we know is full of numerous sea monsters with immense strenght. That may also be the reason Luffy can connect with different creatures throughout his journey(remember Fishman Island). He will control them probably or force them to submission with his strength or haki, making it possible for the crew to reach Raftel island and One Piece.

Will there be a war before that?

I don’t really think that One Piece will turn out to be a contest of navigation and a matter of which pirate crew will be the fastest to reach it. Instead, before someone will have the chance to reach Raftel, they will have to establish their power and control over the New World. That will happen through a war or maybe a series of wars, with the New Generation of pirates upsetting the order of the old ones even more. New Yonkous will rise and a new Pirate King will emerge.

What lies to be seen is if the last war will be with the World Government and if yes, will it happen after Luffy becomes the Pirate King? Pretty possible if you asked me. He ‘ll learn about the true history and with his recently gained power he will bring balance against to the world with the help of the Revolutionaries most probably.

I hope I made you become a little more excited about what’s in store in this wonderful path to the One Piece in this One Piece Raftel Theories post. I believe I gave some answers to the question of where is one piece located. Before you leave don’t forget to:

6 thoughts on “One Piece Raftel Theories – Where is One Piece located?”