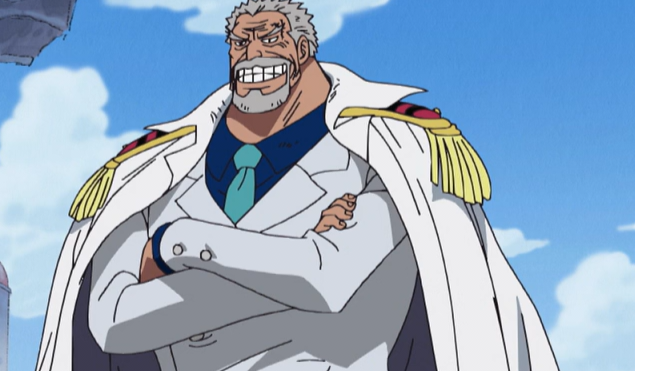 The hero of the Marines or just an old geezer? We are talking about Monkey D Garp, the grey haired vice admiral of the marines and Luffy’s grandfather. We’ve seen only a small part of Monkey D Garp’s power and the glorious past he is supposed to have. A person who has battled numerous times equally with the Pirate King Gol D Roger. What is his true power?

Why just a vice admiral?

We said so much about him, so it’s only natural to ask, why is he so low ranked, if he is supposed to be that strong? After all, he’s called the hero of the marines. The truth is that he could have even become a Fleet Admiral like Sengoku, but he decided to turn that position down. The most probable explanation is that even if he is a marine, he loves freedom. After all, Luffy is his grandchild and Monkey D Dragon his son :P, it’s only natural. Another idea is that he understands the corruption of the marines but he couldn’t bring himself to leave them. As a result, he stays there as a mere vice admiral.

Just how powerful is he?

Garp doesn’t even possess a devil fruit but the fact is he doesn’t even need one :). We all know that he chased Gol D Roger and even fought with him equally, they almost killed each other several times. Also, the fleet admiral himself Sengoku the Buddha, was the one who stopped him during Marineford’s war from killing the monster we know Akainu is. He even throws cannonballs with his bare hands, the guy is such a monster.

What’s the root of his power 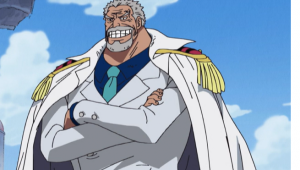 The hero of the Marines doesn’t even need a devil fruit to be considered powerful, like we said. His main power comes from haki, that way he was even able to harm Marco the phoenix during the war of the best, at Marineford.

Is there a role for him?

He is a character with so much history behind him, so it’s only natural to wonder about his future and the role he’s gonna play at the grand scheme of things. An interesting theory that exists, states that in the end he’ll eventually turn against the World Government and side with Luffy and his son Dragon. A really probable scenario is that he’ll be the one to bring down one of the gorosei. After all, they are all old geezers like him.

The nightmare of all pirates

During his prime, he was the worst nightmare of pirates all over the world. We know he was chasing Gol D Roger who had a hard time against him. He was even ready to bring down his grandchild Luffy at Marineford, however in the end he probably decided to let him pass. After all, he was guarding the execution of a person he loved like his child, the son of Pirate King, Portgas D Ace. In the end, he let his emotions take over and was on the brink of killing Akainu. He had the confidence that he’d kill him, asking the fleet admiral Sengoku to restrain him.

Well, that’s who the hero of the marines is 😉

Before leaving be sure to:

8 thoughts on “Monkey D Garp Power – Just how strong is he?”