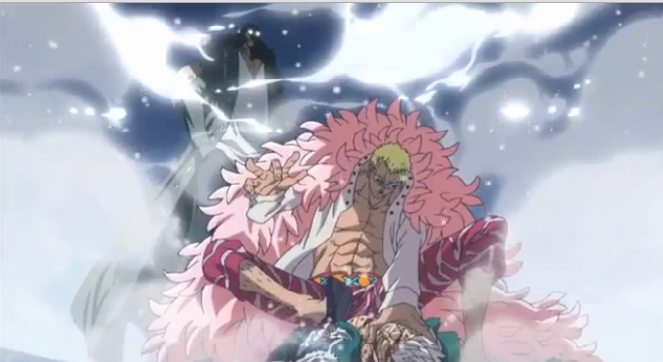 The whole concept of One Piece essentially boils down to who is the strongest in the whole world. We’seen so many different powers and ways to beat your opponents, that we could be writing about them for quite some time. This post is though centered at a theory about Conqueror Haki, a power that we’seen so liitle of, but could it become the decising factor at the end?

There are 3 types of haki

Up until now, three types of haki have been introduced, more specifically the armament, observation and conqueror haki. The first two have been seen in quite a few ways, armament being used for the whole body or parts of it, and observation from predicting a movement to predicting the future itself(Madam Shirrley). But what about conqueror haki? We’ve only seen it being used to knock out weaker opponents, but what if it was something more, something we haven’t still realised its full potential?

But how is it gained?

The armament and observation hakis can be obtained thorugh rigorous training. The interesting theory about conqueror haki is that noone can get it by training, but it is an inherent ability someone has. Of course, it can (and probably must) be improved through training oneself, but only if you already have it.

So who has it?

The most probable idea is that the people having D in their names possess the conqueror haki ability. It can be something related to their blood and being descendants of the D’s(see the theory about the void century here). However, people like Doflamingo possess it as well(that’s how he escaped from Ao Kijis ice probably), so are we missing something? An interesting idea is that the D’s scattered all over the world, making it really possible that somewhere in Doflamingo’s or someone else’s lineage, a D existed, transferring the blood to the later descendants. It’s not entirely a matter of someone’s name as we see. 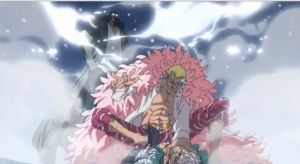 What is it in essence?

I believe that conqueror haki is more than just an ability. It is the ability someone has to use their willpower as a weapon. It shows in its core the power of someone’s spirit, and has been described as the power to change the tide of fate for a brief moment in your favor. It could be proven to become the ultimate power in One Piece, in essence letting the user even manipulate reality according to their will, depending on how powerful someone is.

How can it progress?

Let’s explore some ideas about the way conqueror haki can evolve aside from knocking out weaker opponents. The simple ideas are that it could let the user manipulate matter or control it, making it useful for a devil fruit eater to enhance their abilities, or even to protect oneself against the abilities of others. Another one yet, is to destroy and affect objects and someone’s surroundings. We ‘ve all watched the clash of Whitebeard and Shanks and how the sky opened or how the ship started to dissolve.

Can it be ranked?

An interesting theory states that there are levels of conqueror haki power. At the first that we have already seen, is the ability to bend another’s will. The second and third can be conquering the elements and conquering the weather itself. The fourth is conquering yourself, in essence manifesting your spirit in physical form. At the last and most powerful level, the user could even conquer reality. We may be talking here about Gol D Roger, Shanks or Monkey D Dragon level haki. I suppose they haven’t even mastered that to the fullest extent.

We’ve seen various fascinating ideas about how conqueror haki could evolve at the future of One Piece. Can someone bend reality? Will Luffy use it to beat Blackbeard and his other enemies becoming the Pirate King? Who will master it? The possibilities keep me at the edge of my seat :D.

As always, don’t forget to:

6 thoughts on “Conqueror Haki Theory – Have we seen it all?”