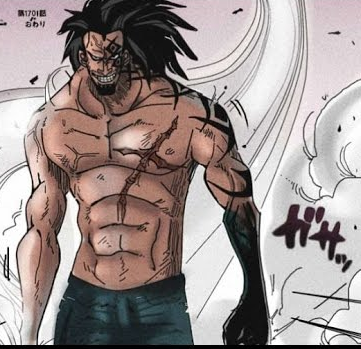 Well guys, let’s take a look at the badass of this picture. He sends chills 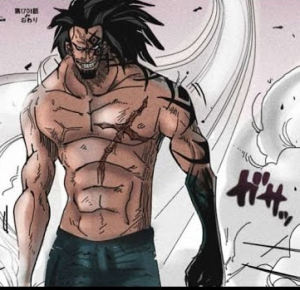 down my spine, and i think we all know who he is. Monkey D Dragon, the legendary and so hyped revolutionary army leader and father of Monkey D Luffy, our beloved captain. Today we are gonna take a look at his past and speculate about what made him become a revolutionary, with an interesting Monkey D Dragon theory.

Could it all start with Monkey D Garp?

Monkey D Dragon doesn’t only have a child, but he has a father too(no really? :P), him being as we all know Monkey D Garp, the legendary also hero of the Marines. Isn’t it quite logical that he trained his son to become a Marine also? That is where our theory starts.

It seems quite possible that the now fearsome leader of the revolutionary army, started his path at the exact opossite direction, at the ranks of the Marines. He could even have been an Admiral, and we ‘ll see an interesting idea behind that.

Many manga are full of references to chinese mythology, so is One Piece

Let’s start with some background. In the chinese mythology, there are four seas, the North, South, East and West. The 4 seas are represented with 4 colours and 4 animals, them being yellow, blue, white and red, and also monkey, bird, dragon, dog. Hence, we have a north sea with a yellow monkey represented by Admiral Kizaru. A south sea with a blue bird which points to Admiral(former) Aokiji. And a west sea with a red dog pointing to Admiral Akainu. So, we are left with the East Sea which belongs to Admiral White Dragon (Shiroryu in japanese). Of course the japanese names give us the above meanings.

Another fable exists too..

So how did he change?

As we all know, Dragon must have left the Marines to dedicate himself fully(even leaving his son behind maybe for that purpose), to changing the world and the whole system of the World Government. He probably was disgusted by what he saw, and realised he cannot change the world through a crappy and evil World Government. Another possible idea, is that Dragon somehow contacted Gol D Roger while he was a Marine(maybe in Impel Down?) and he learned the truth, or at least a portion of it, regarding the Void Century and the evil ways of the World Government. In any case, at some time he must have felt it was enough for him, and he had to change the world in his own independent way, thus forming the revolutionary army.

And what exactly are his powers?

We talked about his past, so it’s only fair to speculate a bit about who this person is now. Dragons in ancient japanese mythology represent creatures who can manipulate the wind. It ‘s really possible that this can be his ability. Maybe through a devil fruit, or through the ancient weapon Uranus that the revolutionaries may have, he could manipulate the wind/weather. He have also seen him do something similar, when he rescued Luffy from the hands of Smoker, at the Loguetown arc.

So, Monkey D Dragon.. A quite mysterious character, and i believe we have only scratched the surface of the fascinating possibilities that lie ahead, regarding him and the revolutionary army. What is gonna be their final role in the whole story? Wait and we will find out together 😉

21 thoughts on “Monkey D Dragon Theory – Is he a former marine?”