The silent and serious of the Straw Hats. The archaeologist who is cool and tough at the same time. That is the second woman Straw Hat joining the crew, seventh member in general, the character of our favorite One Piece Nico Robin. She also is the second woman after Nami who rejoined the crew, after leaving in the first place. Known as the Devil’s Child, she was introduced as an enemy in the Alabasta saga. She has eaten the Hana Hana no Mi and has only one ambition. To read the Rio Poneglyph, which essentialy reveals the true history. During the two year time skip she stayed with the revolutionaries. What did she do there and why did they keep her with them?

A somewhat mysterious character with a questionable yet sad past. We do know some important stuff. She grew up in Ohara, an island consisting primarily of scholars, who studied the poneglyphs(lets keep that in mind). Her mother Nico Olvia abandoned her in order to fulfill the dream of finding the True History(also Robin’s dream now). She stayed with her uncle and his wife, and was generally treated as unwanted by him. Even the people of Ohara were calling her a demon, due to her devil fruit abilities that scared them. Her father is supposed to be unknown. Or could he be the well known former revolutionary and model of the Pacifistas Bartholomew Kuma?

The tragedy of Ohara

Back to her story. Her mother did return, but with some marines in her back :P. They understood what was happening in Ohara and realised the threat that existed there. The World Government doesn’t want anyone to know about the Void Century, so the study of the poneglyphs in Ohara was something they had to stop. The only person who did escape was Nico Robin, with the help of a Marine, Jaguar D Saul. Also, the other person who helped her escape was none other than Ao Kiji (who now is a revolutionary, which is another clue i want you to keep in mind too for the remainder of the theory).

That whole story shows how important she is, being able to read the poneglyphs. The World Government wanted to find her no matter what, so she had to play hide and seek with them for many years. She joined pirate crews and organisations, which were destroyed and she was the only one to escape every time. She eventually found shelter and cover in Crocodile’s organisation Baroque Works. That was until her path crossed that of Luffy and the Straw Hats, and the rest is as they say history. After resolving her issues and fear of being a part of something(in essence the fear of her destroying whatever she was a part of, due to her being wanted by the World Government), she joined the Straw Hats, becoming one of our 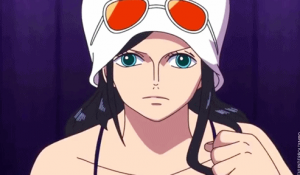 Why did Kuma save the Straw Hats?

We all remember the devastation the Straw Hats suffered in the Sabaody Archipelago. It was shocking, the way they were overwhelmed by the powers of mighty opponents. Admiral Kizaru, the pacifistas, Sentomarou and Bartholomew Kuma himself showed us that the Straw Hats were far from the true powers that exist in the vast world of One Piece. Just when we all thought hope was lost for the crew, Kuma sends them all in different locations of the world, which proved to be the right places for them to train. To our surprise, he actually helped the Straw Hats, but why? What was his secret agenda?

The instincts of a father?

A possible explanation is that Bartholomew Kuma is actually Robin’s father. It makes sense if someone thinks about it. We have seen him carry the bible around. If that wasn’t enough, in an episode he appeared in his past carrying some wood and again having a book with him. Those clues could easily suggest that he has a connection with Ohara. First of all, Ohara was the island of scholars, which indicates why Kuma always carries a book with him. Also, Ohara had a huge forest(the reason Jaguar D Saul was able to hide there), which could explain why he carried those logs with him. The idea is that Kuma being Robin’s father, of course he decided to protect her. That’s why he helped the Straw Hats escape their utter defeat.

The connection with the Revolutionaries 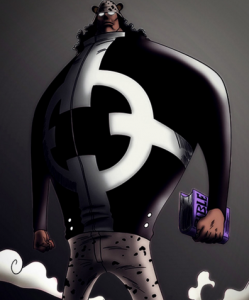 It is a well known fact that Kuma is a supposedly former revolutionary. But could it be that he isn’t actually former? It is quite probable that Kuma is still connected to the revolutionary army and Dragon from the shadows. What if he made a pact with them to work inside the World Government for the sake of the army? As an exchange, they would protect his daughter, Nico Robin, in a time of need, like the one in Sabaody. Of course he decided to send his daughter to the location of the revolutionaries. Moreover, Robin’s ability of reading the poneglyphs, could have been proven valuable to the revolutionary army.

It has been said that in an interview Eichiro Oda connected each Straw Hat to a different nationality. In that same interview about One Piece Nico Robin was associated to Russia. She is tall, white, doesn’t talk much, all facts that could connect her with being a Russian woman. What that has to do with Bartholomew Kuma? Kuma resembles a bear in the anime series. And how do you think Russia is called? You guessed correctly, the russian bear. Could it be that Oda made such a connection? Judging by the depth of One Piece’s story, why not.

So there you have it. Could it be that the archaeologist of One Piece Nico Robin is connected to the former revolutionary and model of the pacifistas Bartholomew Kuma? Would it be possible for him to actually be her father? I can’t wait to hear your thoughts on this one :).

4 thoughts on “One Piece Nico Robin – Could Kuma be her father?”