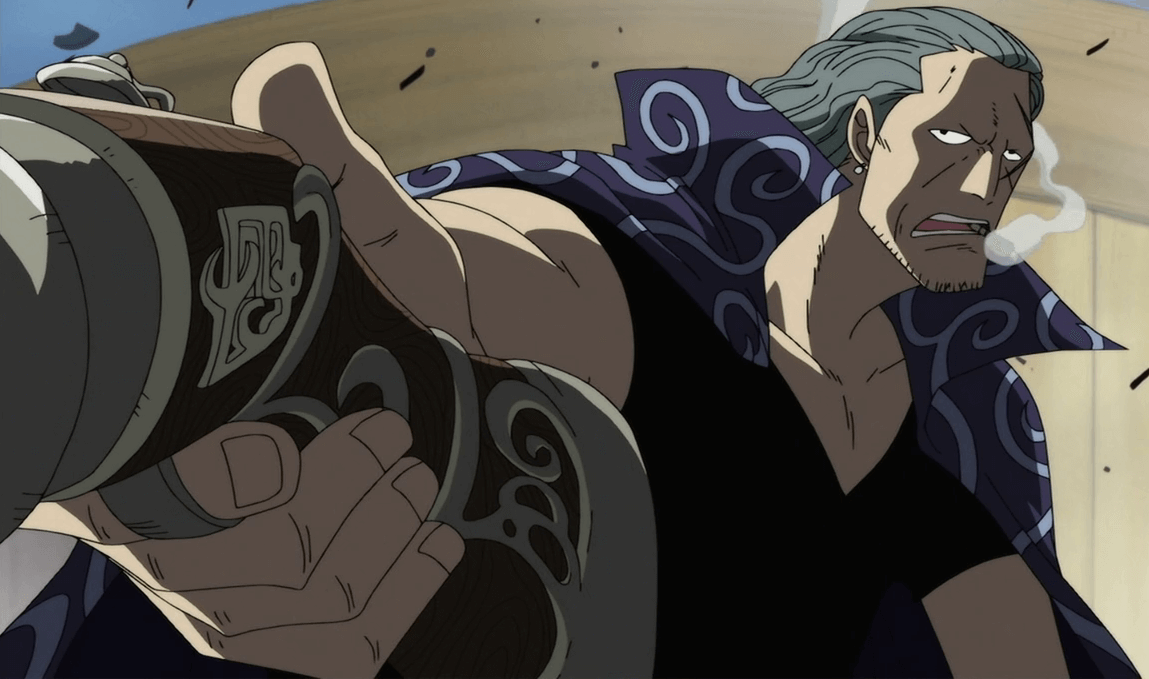 Benn Beckman is the first mate of Shanks as we all know and probably one of the most trusted members of his Crew, along with Yasopp and Lucky Roo. We have seen very little about him, so it’s essential that we discuss the power of Benn Beckman and where could we rank him in the One Piece universe of powerful New World characters.

What we do know about Benn Beckman

We have only seen Beckman three times. At the start of the anime when 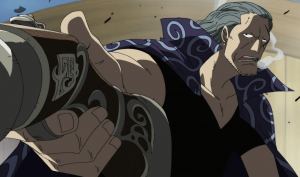 we first saw the Red Haired Pirates, where he defeated some bandits with only his cigarette and gun(which he used as something like a sword, but more on that later). We also saw him when Shanks met Ace for the first time, in that weird cave. The last time we saw him was during the Paramount War, where he threatened Kizaru by just pointing his gun at him, something that probably surprised us at the time.

Most likely, Benn Beckman’s character is modeled after Johann Beckman. 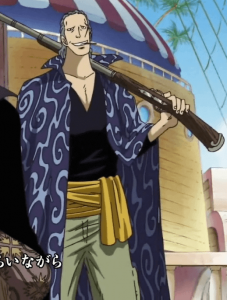 Johann Beckmann was a German scientific author and the man who introduced the term technology. Moreover, he was the first person to teach technology as an academic subject. As well as that, he was a famous inventor.

We also know from Oda, that Benn Beckman is supposed to be the smartest man in East Blue, having the highest IQ in the region. From that, we can notice a commonality of his with Johann Beckmann. That’s why, we could suspect that Benn Beckman is some kind of inventor/shipwright for the Red Haired Pirates, similar to Franky‘s role for the Straw Hats.

We have seen him carry a handgun around, the one he used to threaten Kizaru during the end of the Marineford War. However, if someone paid more attention, it seems that he also uses the gun similarly to a sword or club as well. It seems that he uses bullets from long and medium range and switches to hitting with the gun itself in short range fights.

Benn Beckman certainly is a master of Haki. He probably is able to coat his gun with Haki when using it as a close range weapon, much like Vergo did with hsi weapon and body. This idea can go along well with his potential fight with Shiliew of the Rain, with whom he was paired up against during the War of the Best.

Why was Kizaru afraid of Beckman’s gun? 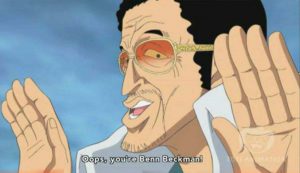 haki bullets or even sea prism stone bullets for his long range attacks. Also, thinking he may be an inventor, what if he has injected sea prism stone in his gun’s body, the way Smoker’s weapon is made? It’s only natural that a pure devil fruit user would be scared to death, if Beckman’s gun was pointing at them.

To sum up, most probably Beckman is a master of haki and uses his high intelligence to fight.

The idea for the bullets having haki and/or sea prism stone seems like a valid one. However, we know that Kizaru can move at the speed of light. Why was he afraid of Beckman’s bullets? Why couldn’t he just dodge them?

Kizaru went as far as to put his hands up when Beckman was about to attack him. That could mean two things. The first is that he wanted to point the fact that Beckman is certainly a force to be reckoned with. The second is that he knew his devil fruit power and was simply afraid of it. But what could that power possibly be?

Well, a power really fitting for a person attacking with bullets could be a time altering one. What if his devil fruit ability allows him to speed up objects around him, such as bullets? Well, that could mean that he actually speeds up time around objects according to his liking. How does a bullet like that sound to Kizaru? Could it reach the speed of light and hit him? Why not!

He could even go to greater lenghts and use his devil fruit to speed up the ship of the Red Haired Pirates. That may be the way they managed to reach Marineford just in time to end the war. Also, in big fights he could do that for his crew members, making unbelievable combos seem easy.

The Red Haired Pirates and the Straw Hats

If we look closely, we can spot some parallels in the two crews that can 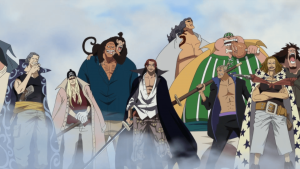 potentialy lead to a crazy theory about Beckman. There are many similarities between members of the Straw Hats and the Red Haired Pirates.

Luffy with Shanks for example. Shanks saved Luffy from the Sea Kings, inspired him to become a pirate and even gave him the Straw Hat of the former Pirate King. Usopp and Yasopp are father and son, resemble each other in appearance and are both the snipers of their crews. Also, if we believe the theory that Mihawk is a secret Red Haired member, we have his relationship with Zoro. They are apprentice and student, both swordsmen and Mihawk is Zoro’s goal and role model. What about Beckman?

He smokes and has high intelligence, so there is a possibility that he has a similarity with Sanji. If that is the case, then what if Beckman is an uncle of Sanji? The brother of Sanji’s father, a Vinsmoke himself, who like Sanji was fed up with the Germa 66 policies and decided to chart his own route. A crazy but really interesting theory.

Lets wrap up for today. We discussed the possible power of Benn Beckman in One Piece and the possible reason Kizaru was afraid of him during their encounter at the Marineford War. We also explored a crazy theory about the connection between Sanji, Benn Beckman and the Vinsmoke Family. Tell us what you think in the comments below minna!

Other picks for you

Sanji and the Vinsmoke Family

Is Mihawk a secret Red Haired?

2 thoughts on “Benn Beckman Power One Piece – How does he fight?”