It’s been a while everyone. I just came back from a five day holiday in Vienna, so i didn’t have much time to write here. Today, i’m coming back with a theory that excites me a lot, about the awakened devil fruits. Devil fruits are a huge part of the One Piece world, so it’s only natural that the concept of their awakening, that has been lately introduced, would become a subject of debate.

What is the Awakening?

Has it ever bothered you, that when many devil fruit users change sizes, their clothes are not torn apart, but just change alongside their bodies? That seems to be the case with most of them, like Luffy and Chopper, with only some exceptions, like Jewelry Bonney. It basically is like their clothes
are affected by their devil fruits, and change the same way their bodies do. But what if this ability could extend to someone’s environment as well?

The nature of the awakening

It is something that happens quite rarely, and what it essentially does, is increase the powers of the user’s devil fruit. We don’t really know anything as to how this awakening occures, but we do know that it unlocks more power and new abilities to the respective user. The changes that happen, depend on the class of each devil fruit, making the awakening quite interesting.

The Zoan devil fruits when awakened, grant their users bigger transformations, with increased strength and durability as well. The durability helps them recover that much faster also. Examples of awakened Zoan devil fruit eaters are the Jailer Beasts we saw in Impel Down. 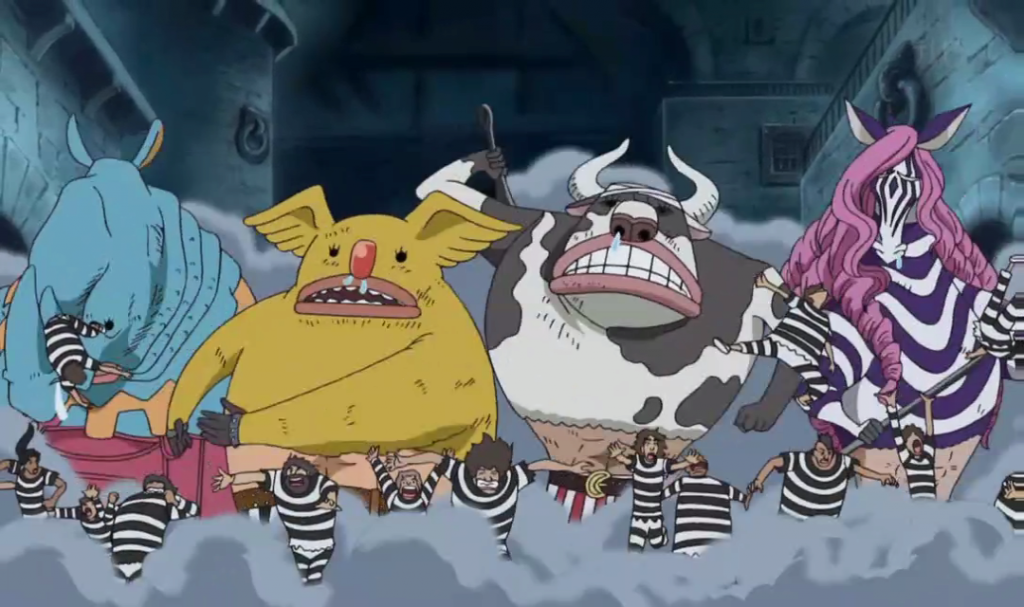 Another awakened devil fruit user we have seen is Donquixote Doflamingo, who showed his awakened String-String fruit in the battle against our Luffy. Paramecia users like him, obtain the ability to transform the space around them, to that of their respective devil fruit. They can affect their surroundings, on top of their own bodies, making their power something more than Paramecia really.

We currently know nothing regarding the awakening of Logia devil fruits. We can only speculate at the moment. What i do believe is possible, is for the Logia devil fruits to take a will of their own. They affect their surroundings as normal devil fruits. Isn’t it only natural for them to become a force of nature? A power that consumes everything in its path?

A possible battle where awakenings of logia devil fruits happened, is the one between Ao Kiji and Sakazuki in the island of Punk Hazard. A battle that lasted ten whole days, and resulted in the island becoming half ice and half magma. Could it be that they awakened their logia powers there? Two forces of nature collided, and even consumed the island in their paths. They became the island in fact!

Will our beloved Mugiwaras be able to awaken their devil fruit powers in the future of the series? I don’t think that all of them will. It is either not that necessary or it is really rare. However, for the sake of having fun, let’s speculate on what their awakenings will be, should they all achieved them.

We have already introduced the idea, that the awakened paramecia devil fruits, grant the user the ability to mold the world around them, in a way fitting to the respective devil fruit. And what’s more fitting for Luffy, than turning the world around him to rubber? This i believe will happen in two ways.

Firstly, he will be able to make the environment around him elastic. That’s how he will have the ability, to move in a way that suits only a true rubber man like him. Secondly, he will be able to turn the physical objects around him to rubber, and use them to his liking. In the end, he will reach a stage similar to Doflamingo, when he could turn a whole town or island to rubber! 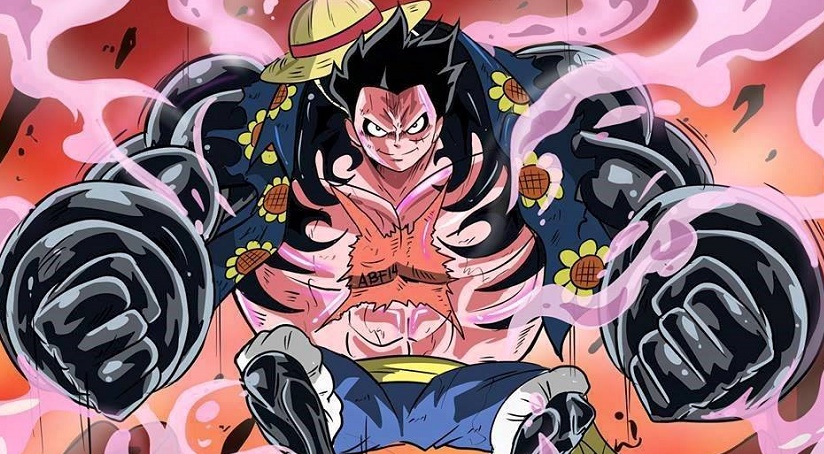 What about Nico Robin?

We know that Robin’s fruit, currently gives her the ability to sprout parts of herself wherever she wants. There has been some speculation around her awakening, which is based on her naming her abilities after flowers, and the fact that her personal jolly roger has seeds. It is supposed that in an awakened form, she will be able to sprout different plants, maybe poisonous and carnivorous ones, and attack her enemies with those.

Nothing’s wrong with that theory, and while i do like it and believe it is possible, what if there was more to it than that? What i mean is, her awakening could be a bit more diverse, giving her the freedom to sprout and use different kinds of weapons, not only plants. In its absolute form, her awakening could let her sprout copies of her own self(maybe even giant ones), and attack her enemies!

Chopper’s fruit i believe, will have to do with monster point, only bigger! He will turn into a vicious monster, with size in his absolute form close to that of San Juan Wolf. That also foreshadows the matchup in the big battle with the Blackbeards, that will inevitably happen somewhere down the line. 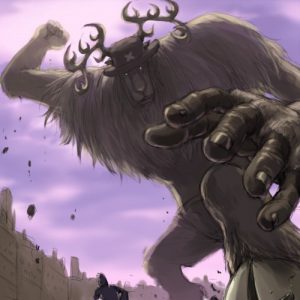 But a question arises, isn’t his fruit a fruit that turns him into a human? Wouldn’t it be more logical for him to turn into a freaking human? Well, first of all it would be boring :P. Moreover, we have seen him using all the different points, to amplify his strength the way he wants. Why not do the same with his awakened devil fruit and become an even bigger monster than before?

Brook’s power is the revival fruit, the Yomi Yomi no Mi. It allowed him to bring himself back to life, when his whole crew was attacked and defeated. This fruit’s awakened form(though i doubt Brook will reach that level), may give its user the ability to give and take the life energy from different living things or even people! Quite an awesome one if you asked me. 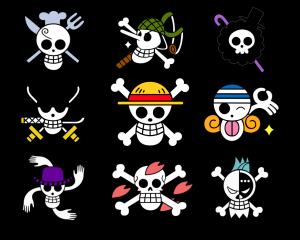 Well everyone, this was our article on awakened devil fruits in one piece. Do you believe the straw hats will awaken their devil fruits? And if yes, share your ideas about the awakened forms in the comments. Important note: like our facebook page to stay updated, and check our recommendations section for interesting one piece-related stuff!