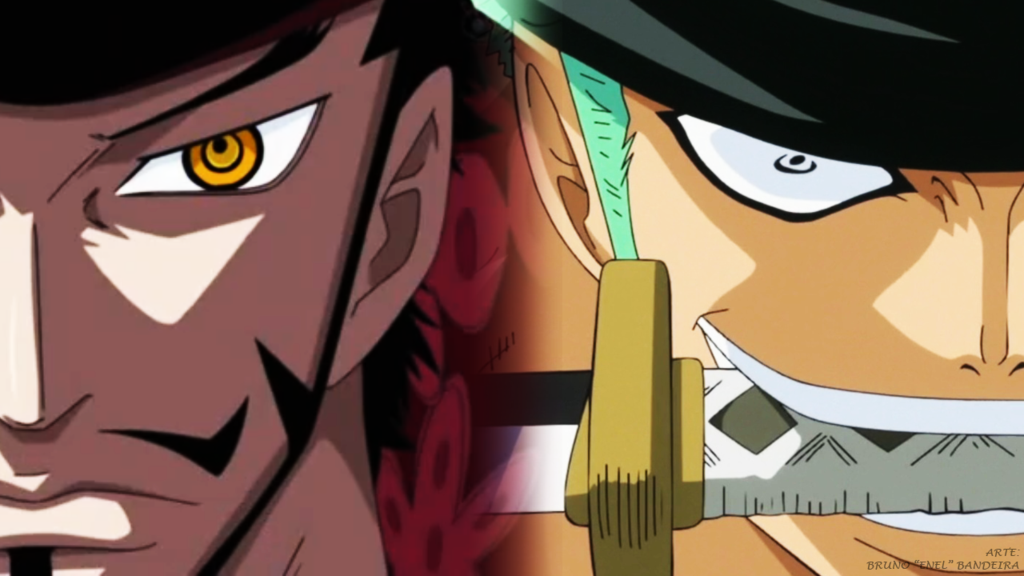 A rematch we ‘ve been talking about since the start of the anime. It ‘s only logical, one of the very first really exciting fights we witnessed in the anime, our first glimpse of the power that exists in the New World. The loss of Zoro and the fact that we are all waiting for his redemption. The time that chills went down our spines when we thought we was dead, and the fact that we all are eagerly waiting for him to achieve his dream of becoming the greatest swordsman. That’s why we are all living for the day that we will watch the one piece Zoro vs Mihawk battle. But, what are the possible scenarios? 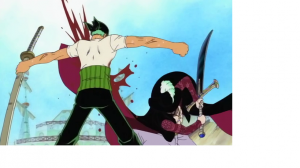 Eichiro Oda is a crafty genius and we all know it. We understood that better than ever, in the two year time skip. Who would have ever thought that Zoro would be trained by the person we all believed would be his rival? It doesn’t matter what we all were waiting for, he did it. That tells us there are many ways the story can unfold and we should explore the possibilities before jumping to conclusions.

Let’s start with the logical way things will unfold. The Straw Hats come across Mihawk as a Schichibukai and of course they have to fight him. The person confronting him can be none other than Roronoa Zoro. The former student of him steps up, beats him in a fight to the death, and finally surpasses his master, becoming the greatest swordsman that ever lived. Another similar idea, is that they will confront each other as rival crew members, which is reinforced by our theory that Mihawk is Shanks’s crew member. 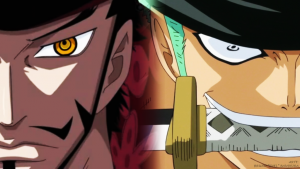 Could it be that one of the most awaited battles has already happened? It is crazy i know but it is a possibility that noone can take off the table. They were together in a lone island and they trained. What is a better way to achieve the final level of training, than to fight and beat your own teacher? It could be the way Zoro got the mystery scar in his eye. There is a price to be paid for beating the greatest swordsman in the world, isn’t it? After all, Zoro has returned a monster after the time skip, and we haven’t seen him even struggle to beat the opponents he confronted. That is the level of power his has obtained.

Let’s suppose he has already beaten Mihawk. What is the next level for Zoro? Who is the person he must now surpass? I believe it could be one of the old geezers of the Gorosei, the one holding the sword in the picture of them we have all seen. Or, it could be the swordsman of Blackbeard’s crew. Which takes us to our next theory.

One really exciting match up in the future of One Piece, is the clash between the Blackbeards and the Red Haired pirates. Our Mihawk theory analyses the way this fight was foreshadowed in the Marineford war. In that scenario Mihawk fights against Shillew of the Blackbeard pirates and loses. Also, the whole Red Haired crew loses to the formidable Blackbeards. That’s when Straw Hats come to wreck havoc and revenge their allied crew. Zoro destroys Shillew, avenges his master and becomes the indisputable greatest swordsman in the world of One Piece.

Whatever happens, whichever fight Oda decides to show us, one thing is certain. It’s gonna be epic!

8 thoughts on “One Piece Zoro vs Mihawk – When will they rematch?”