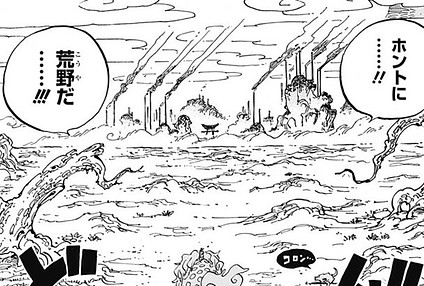 Today I would like to share a theory regarding the Wano Kuni, or the Wano Kingdom, and the secrets of Kaido in One Piece. As we all know, Kaido has factories of his own located all around the Wano Country. What’s interesting about these factories though is that they all seem to come out of rocks or small mountains. 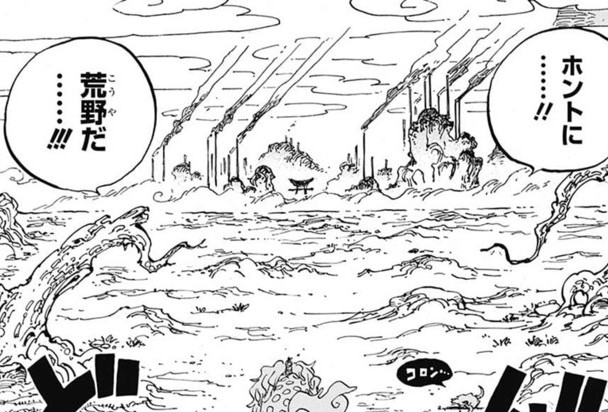 Those factories are actually called quarries, which are places where rocks or minerals inside the rocks are mined. So, it’s only natural to assume that Kaido wants some mineral that is inside those rocks for some reason.

If we go back to the Dressrosa arc, we can remember that the Revolutionary Army was there to investigate and gather intel on the weapons that Doflamingo was distributing. Also, let’s note that those same weapons were the ones that Kaido was (and probably still is) manufacturing. What Koala concluded was that those weapons contained traces of a substance called drunken iron ore, or otherwise translated as “liqueore”.

But why is this important, both for Kaido and the Revolutionary Army? And what connections could we derive from these? Could it be possible that this mineral has some special properties? Let’s investigate further.

If we take a look at the Wikipedia page for drunken iron ore, we will find something really interesting. The romanized name for it is Kitetsu-ko. And it’s a romanized name that isn’t exactly natural, but actually is a choice of Oda himself. Could that be a clue? 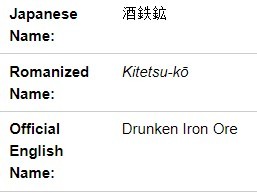 Well, if you remember, Kitetsu is the name of a really famous bladesmith in the Wano Kingdom, the one who has created one of Zoro’s swords, along with two others who are supposed to be cursed. For a similar connecting theory check this one about Zoro’s eye. So, it seems probable that Kaido is mining Kitetsu-ko or drunken iron ore in Wano. Could it be that this mineral actually has a connection with Zoro’s cursed sword?

A possible idea is of course that the swords are actually made from this drunken iron ore, or at least have traces or just a percentage of it along with for example iron. Could it be that this Kitetsu-ko may be actually responsible for the cursed identity of the Kitetsu swords? Actually, Zoro has described himself how he perceives this cursed identity of his sandai kitetsu sword. He said that it’s some kind of bloodthirst of the soul of the sword. One that cannot be contained unless the user of it is strong and worthy enough. In other words, they are swords with some kind of their own will that are really hard to control. 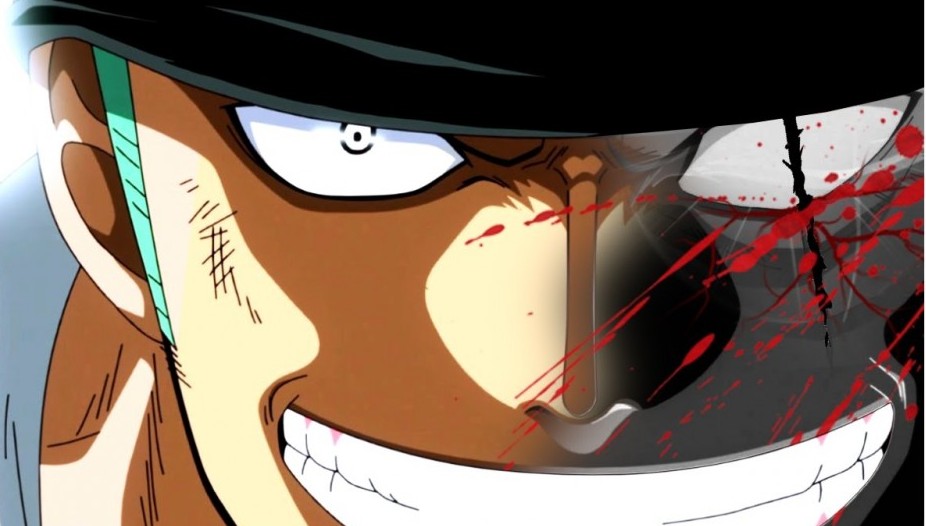 Now, let’s analyze the name itself. It is comprised of two kanjis. The second one means sword. However, the first one can be interpreted in many different ways, such as demon, ogre, deceased and such. In essence, demonic spirit. So, the idea here is that it contains a spirit or entity that has the ability to enforce possible control over the wielder of the sword.

If then the Kitetsu blades have the ability to control, and that ability comes from the drunken iron ore substance, it’s only natural that said substance may have the ability to enforce control, when it is contained in other weapons as well. For instance, the ones that Kaido is manufacturing?

But souls? Yes, and they actually seem to be really popular in Oda’s world. Remember Brooke, Big Mom and the possible origin of devil fruits for instance.

How exactly could this work though? One interesting idea is that the drunken iron has the ability to absorb souls, maybe the ones the weapon kills, thus creating a curse using those souls. Then, the cursed weapons try to possess the wielder, especially if they are weak.

Is there also a connection here with the devil fruits? Remember that the devil fruits are supposed to be cursed as well. Also, when they get out of control, for example like Chopper’s monster point, they seem to possess the user and have a bloodthirsty and angry nature. Here we see that there is a possible connection between the devil fruits and the cursed blades. What’s important to stress here is that Kaido also manufactures artificial zoan devil fruits for his army. So, the idea here is that Kitetsu-ko may also be used as a substance for the creation of artificial devil fruits, given the similarities we observed. Adding to the capture of souls, it could also be that the liqueore is used for capturing the souls of the animals used for the creation of the artificial zoan devil fruits.

And here comes the ultimate connection of all these with Kaido’s ultimate purpose, that we also analyzed in this theory. To recap, we know that Kaido is bored of the world and wants to lead it to a huge war that will result in its destruction. Isn’t it only natural for him to create cursed weapons that will possess people? The cursed weapons will lead the weak users (most of the people) to bloodthirst and destruction, assisting in the ultimate goal of the yonkou Kaido, the King of the Beasts.

To sum up, it seems that Kaido could be mining drunken iron ore, and may be using it for his zoan army and/or for lethal weapons for his ultimate goal. This all seems to have a connection with Zoro and his swords, as well as the Wano Kuni. Also, the Revolutionary Army seems to probably be aware of this and trying to do something about it. Couldn’t expect less from Dragon. Whatever the case, the connections here seem to be pretty probable and can lead the story to interesting paths. Let’s wait and find out. 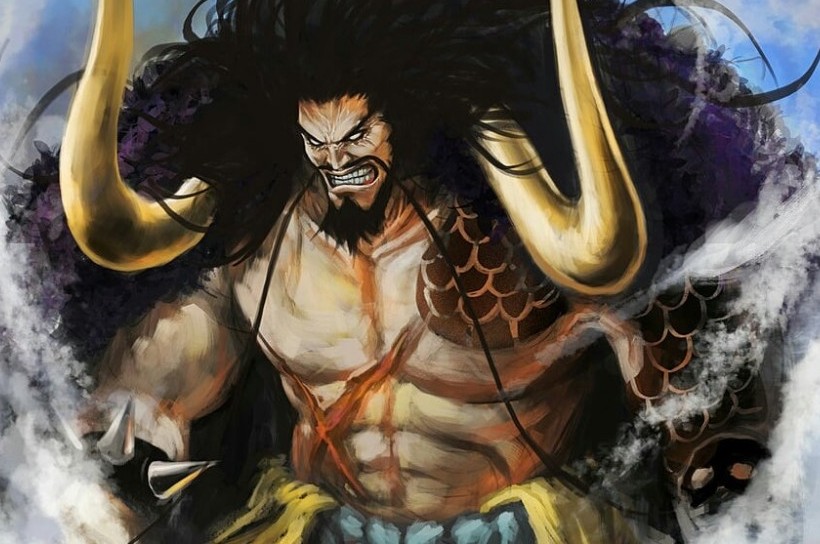 This theory was inspired by Joy Boy’s original theory which you can check out here.

I have added my own ideas here, such as the connection with the devil fruits, which I believe is really important and Joy Boy (whose theories I love) has missed. So, be sure to check his original theory as well. I decided to share here because it connects beautifully with my other theories and I also wanted to add some ideas that I believe were missed in the original.

Question of the day: Do you believe there is a connection with drunken iron ore, Kaido, Zoro’s swords, and devil fruits? Share in the comments section below.

6 thoughts on “One Piece Wano Kuni – The Secret of Kaido”