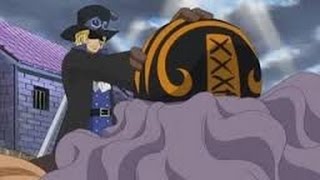 The Dressrosa arc has already ended, but many people who haven’t been following the manga closely, are having questions about it. One big issue of debate has been if in One Piece Sabo kills Burgess. Before we discuss that, lets take it from the top.

What happened in Dressrosa?

The two encountered each other twice during the Dressrosa arc. The big trophie of their confrontation was of course the Mera Mera no Mi of the late Portgas D Ace.

It all started in the Colosseum, where Sabo took the place of Lucy(Luffy who else? :P), and managed to defeat Burgess, resulting in him eating the

Mera Mera no Mi. But the beef between them was not over just like that.

Burgess was back to hunt Luffy down for his Gomu Gomu no Mi. But Luffy didn’t even have to do anything about it. His brother was there to fill the gap of Ace. He was the one who confronted Burgess, blowing him away in a quite easy fashion.

Burgess, the first Captain and personal bodyguard of Blackbeard, the man considered to have unparalleled strength, was so easily dealt with by Sabo. The man must be a beast, but we’ll discuss that in a bit. Jesus Burgess, even when he was down, continued to mock him about his brother’s, that is Ace’s death. That was the only reason that Sabo lost it. He wouldn’t forgive anyone doing that ever again.

He blasted Burgess away once again, using the full force of his dragon claw, in conjuction with his new Mera Mera no Mi. Burgess was so utterly defeated that many thought he could be dead.

The result of the fight

The fight, unfortunately :P, didn’t result in the death of Jesus Burgess. Later, it is in fact shown that he survived the fight with a severe injury. He even succeeded in boarding secretly a ship, which was heading to the Revolutionaries‘ base, Baltigo. He later informed Shiliew and Laffitte about it, which resulted in the Blackbeards attacking and destroying Baltigo.

What really happened there waits to be seen(we may have a theory later on about it), because nothing was shown and i don’t really think the

Revolutionaries lost to the Blackbeards so easily.

This was probably a retaliation on Sabo’s actions against Burgess. Either way, Burgess is still alive and the possibility of the future confrontations that are yet to happen, seems exciting.

There are some speculations regarding just that. The reasons? Lets examine them.

The main ideas are that the Dressrosa arc is kind of parallel to the Alabasta arc. The Shichibukai, who rules over the once peaceful country, with the kind royal family. Sabo in this case takes the role of Ace. He is also the brother of Luffy, who just like Ace saves him from a fight. Burgess and Smoker respectively.

Furthermore, the whole scene with the vivre card was repeated in the Dressrosa arc. While the similarities are certain, i don’t really believe Oda would kill the brother of Luffy once more. It will be repetitive and foolish. Think about it. He brought him back, when we thought he was dead, to kill him again? :/ After all, how will Luffy deal with another loss like that emotionally? 😛

I believe that Sabo will stay alive and play a big role in the remainder of the series. There would be no reason for him to be so developed as a character, only to be killed. One fact though still remains unanswered. What is the root of Sabo’s power?

Sabo has already shown that he is a true powerhouse. He defeated Jesus Burgess easily. He also tied with an Admiral, Issho, leaving from their clash, without even a single bruise. How can that be?

The Mera Mera no Mi

To start from the obvious, the fruit he obtained in the Dressrosa arc is a logia, and a really powerful one for that matter. That alone gives him tremendous strength, and one that he hasn’t even begin to master yet. But that isn’t the only culprit.

Before he obtained the fruit, Sabo was already powerful using his Ryusoken fighting style. This one is centered around the use of his fingers, which form a Dragon Claw to crash everything in his path, with their enormous strength. He even uses armament haki around his fingers and around his pipe, to make them indestructible and a force of destruction at the same time. 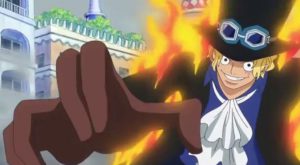 Before we discuss his powers further, i want to talk about a nice little theory, regarding the number of Sabo’s claws. In China the 5 finger dragons were the symbols of emperors. The 4 finger dragons the ones of the lesser nobles. The 3 finger ones now, belonged to the simple people, to the public. Could this mean that Sabo uses 3 claws to reflect just that? The fact that he is sided with the simple folk, not the World Government, the Gorosei or the Nobles.

The use of air?

There is a speculation that maybe Sabo can manipulate the air around his fingers as well. That’s how he was able to blast Burgess away in a circular fashion. Moreover, it can go along well with the possible weather/air manipulation power that Dragon is supposed to have, according to many theories. 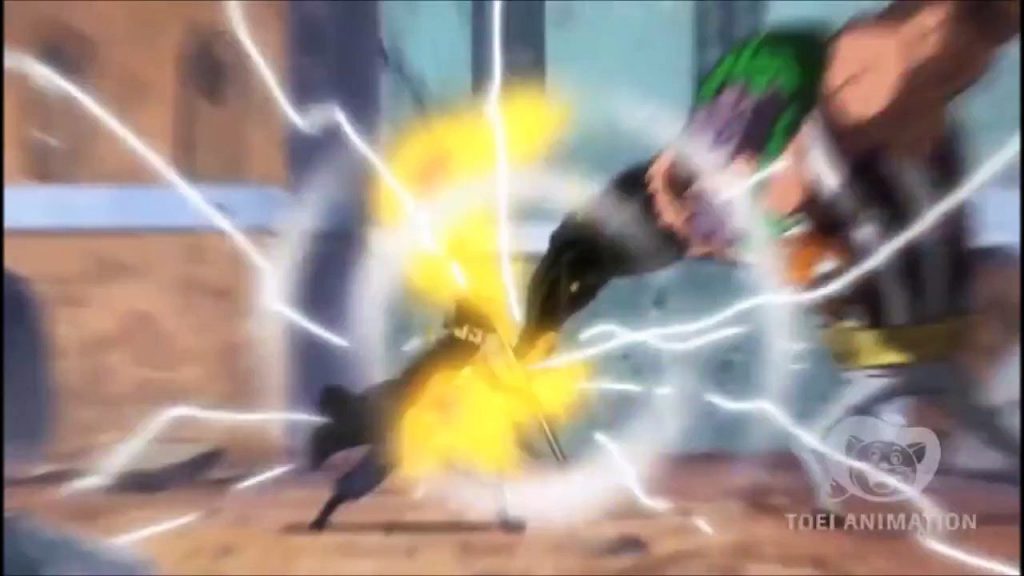 I believe that in the end the true power of Sabo is a combination of them all. He can use his Dragon Claw, in conjuction with his perfect use of haki and maybe even combine all of them with the air manipulation. But what really gives him the strength he has, is the pain he has lived through. He didn’t have it easy and he wants to protect the people he holds dearly, never to feel pain again like he did. That motivates him to be stronger each and every day.

To conclude, many have thought that in One Piece Sabo kills Burgess. As we discussed today that is not the case. However, where do you think Sabo gets his power from? Share in the comment section below, like our facebook page to stay updated and visit our recommendations page for our top One Piece picks :).

6 thoughts on “One Piece Sabo kills Burgess – What really happened?”