Shounen anime, originally aimed at younger males, are one of the biggest reasons that anime have reached such a global audience. Defined by their action-packed scenes and themes of overcoming challenge and self-development, shounen anime are often a fan favorite. But, which of the classic shounen anime is the best? Let’s answer the question with a countdown of the top 10 shounen anime, at least to our tastes!

Naturally, the following list is according to our own preferences, so no hard feelings here. Additionally, the list is geared towards completed anime, and more specifically classic ones, with some splashes of new favorites as well. Without further ado, let’s dive right into it.

Famous for its heartbreaking moments, inspirational speeches and loveable characters, no top 10 shounen anime list is complete without Gurren Lagann. Another series with a limited run, Gurren Lagann tells one of the most heart-wrenching stories in anime. Following the story of Simon in a world where humans have been forced to live underground by the Spiral King. With the power of believing in yourself and a few handy mechs, Simon leads the humans in rebellion. Through 27 episodes of twists and turns, if any story left a lasting impression on your life, it would be Gurren Lagann.

Only 12 episodes make One Punch Man the shortest running anime on this list. In a world of heroes, Saitama is the most powerful, taking down even the strongest enemies with a single punch. One Punch Man’s strength is its humor. Appearing lazy and slim, not many actually realize the strength of Saitama and he is completely overlooked. Jam packed with incredible action scenes, obviously only comprised of one punch, and full to the brim with hilarious moments, One Punch Man easily sits on any top 10 shounen Anime list. A unique parody anime, a favorite for many anime lovers. 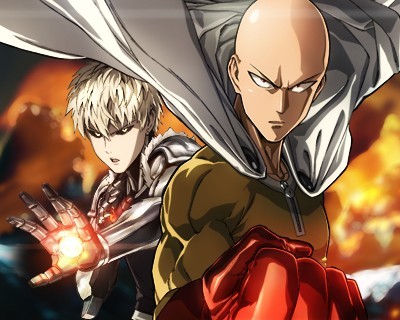 Perhaps one of the most well-known anime of all time, Dragon Ball flawlessly breached pop culture. The first of many series’ to follow, the father of anime, Dragon Ball is the story of Goku, a child who seeks to collect the seven Dragon Balls in order to receive one wish. A story of strength, Dragon Ball focuses on martial arts combat, where the fighters use extraordinary strength and abilities to engage in awe-inspiring battles. Constantly referenced as one of the greatest anime of all time, utilizing comedy and action to tell a classic genre defining story, Dragon Ball earns its place on any top 10 shounen Anime list that respects itself. 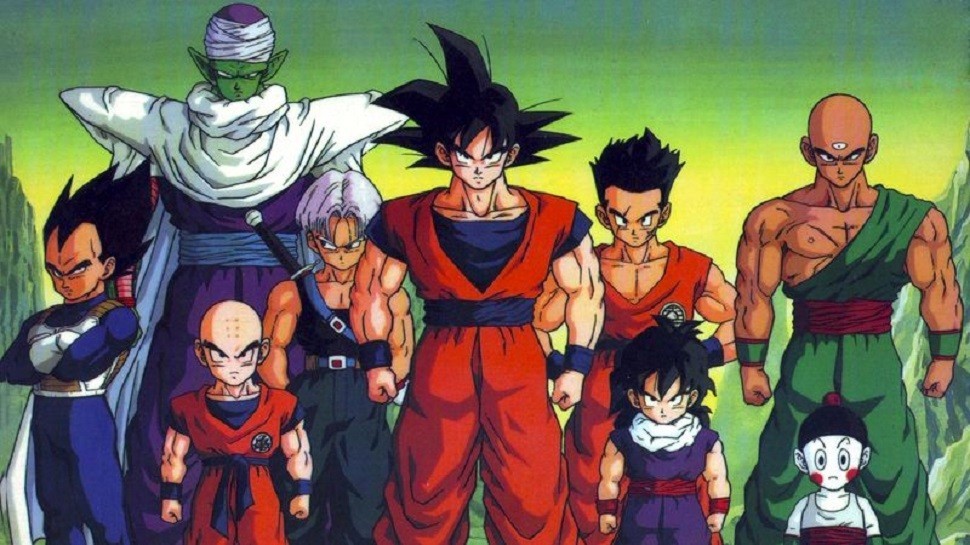 Based on Tite Kubo’s gripping manga about Shinigami, death gods, Bleach follows Ichigo and his friends as they are thrown into the world of evil spirits and incredible powers. Comprised of 366 episodes, Bleach keeps you engaged with compelling storylines, loveable characters, and jaw-dropping fight scenes. Beginning as a monster – of – the -week anime, Bleach takes a sharp turn and throws you and Ichigo into a deeper world full of politics, war, and mystery. By mixing dark themes with comedy, Bleach entertains from episode one to the last and builds a world you won’t soon forget. 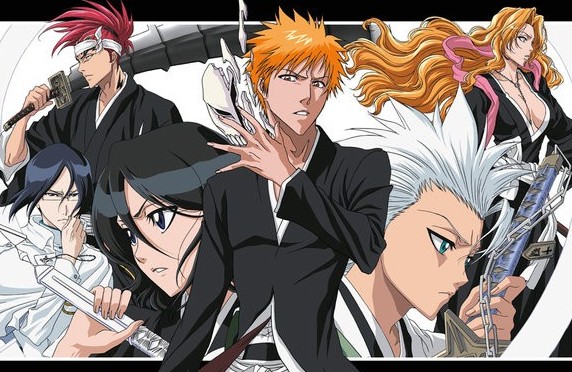 From the genius mind of Masashi Kishimoto, Naruto is a young ninja in a world of powerful characters. After losing his parents to a mythical beast, the Nine-Tailed Fox, Naruto is treated as an outcast within his village. Growing up proves incredibly difficult for the rebellious Naruto who just wants to fit in. After being placed in his team with fellow ninjas Sasuke and Sakura, the trio completes missions for the village until a sinister plot reveals itself. Full of betrayal and friendship, passion and struggle, Naruto tells one of the greatest stories ever created. Commonly referred to as one of the big three, along with One Piece and Bleach, Naruto introduced me to the world of anime, and for that reason, it will always have a special place in my heart. 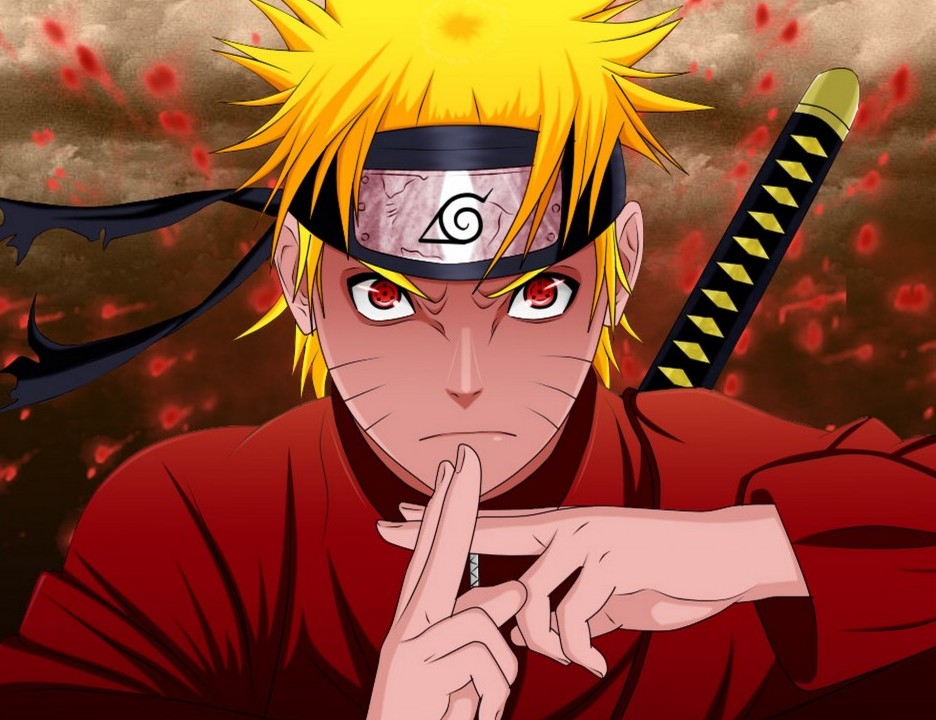 Following the journeys of Natsu Dragneel and his fellow guild of magicians, Fairy Tail is a long-running shounen anime based on the manga of the same name by Hiro Mashima. Within the world of Fairy Tail, various magician guilds exist, comprised of mages who complete jobs or missions utilizing their abilities. Funny from start to finish with its fair share of heartwarming and heartbreaking moments, Fairy Tail earns its place on this list. The music is phenomenal, regardless of whether we talk about emotional or battle moments. Also, the fact that it is not centered that much around the protagonist, but gives airtime and develops the other characters as well (most of whom are really well thought-out), gives Fairy Tail a special air about it. 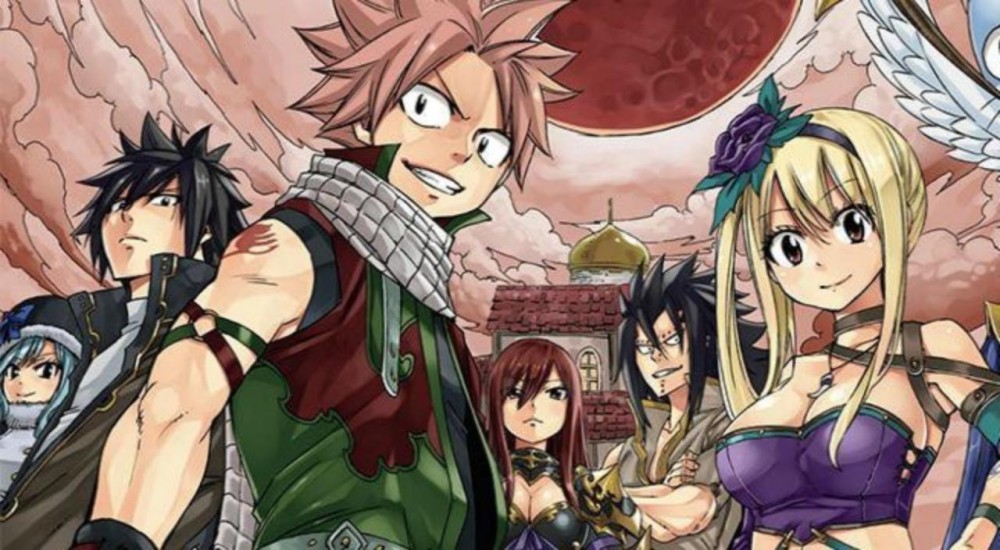 How could we omit from the list the anime that provided the inspiration for this very website? Friendship takes center stage in Luffy the pirate and his crew’s adventures sailing the Grand Line. With the relentless ambition to become the Pirate King, Luffy leads a crew of powerful individuals on a voyage that brings them face to face with some of the most dangerous pirates and marines on the ocean. The story really makes you believe that with your friends and a dream you can do anything. Using powerful abilities gained from the so-called Devil Fruits, the characters of this story gain amazing powers which they use to battle other crews. However, after eating the fruit, you can no longer swim in water. This irony in a story about pirates is just one of the many hilarious themes of One Piece. It’s not a coincidence that One Piece is one of the longest lasting anime, with an estimated number of episodes of more than 1200 certainly. With hardcore fans all around the globe, the epic story of the Straw Hats is still evolving. Let’s wait and see where it will lead us.

Originally written by Hiromu Arakawa, Full Metal Alchemist: Brotherhood tells a story which many believe to be more faithful to the manga than the 2003 Full Metal Alchemist anime adaptation. Brothers Edward and Alphonse Elric use their alchemic abilities in the hopes of restoring their deceased mother to life. Their failure results in the obliteration of Alphonse’s body and Edward’s leg. After restoring his brother’s soul to a suit of armor, the two attempt to move on with their lives. Over a suspenseful 64 episodes, audiences are treated to an emotional rollercoaster with what is considered by fans, a perfect ending. Fight animation of top-notch quality, emotional moments abound, and a splash of geopolitics makes FMA Brotherhood one of the best anime of all-time.

When the Holy Britannian Empire spreads across the world-conquering countries as it goes, former prince, Lelouch vi Britannia leads a rebellion with the powers granted by Geass, a supernatural entity that offers supernatural abilities. With only 25 episodes compared to the usual extended run time of anime, Code Geass tells a compelling and powerful story from the creative minds of Goro Taniguchi and Ichiro Okouchi. The series became so popular that a second season with an additional 25 episodes was released, again, following the story or Lelouch and the events of his rebellion. Packed with plot twist after plot twist, Code Geass captures the viewer’s attention in a wicked way.

It’s time for our number one pick, and it’s none other than Attack on Titan, or Shingeki no Kyojin. One of the most popular shounen anime of the recent years, Attack on Titan leaves a lasting impression. Giant, man-eating titans forced humanity to shelter within the confines of multiple large walls. One brave group of humans named the Survey Corps ventures out into titan filled land to fight back. However, humanity has grown complacent and fearful and believes the Survey Corps are wasting their time. That is until the Titans break through the wall. Attack on Titan is the gruesome story of Eren Yeager and his friends as they join the Survey Corps to reclaim their world from the monstrous titans. Beautiful music, masterful animation, and a story that promises a lot and delivers even more than that give Attack on Titan the first place in this list.

Phew, that was a big list. Of course, these were my personal preferences on anime, and are biased. But this wouldn’t be my list, without my personal taste embedded into it. Be sure to share your thoughts and criticisms in the comment section below. I would really love to hear about your individual tastes in the beautiful world of anime.

Question of the Day: Which is YOUR favorite anime of all time? Share in the comments section below.