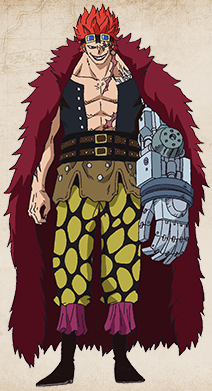 Lets talk today about the notorious Captain Eustass Kid. A member of the Worst Generation in One Piece and one considered to be among the three strongest of them, along with Luffy and Law, at least according to their bounties. After the timeskip, we saw him with a metallic arm in the place of his own and some new scars on his forehead. The question is, what happened to him END_OF_DOCUMENT_TOKEN_TO_BE_REPLACED